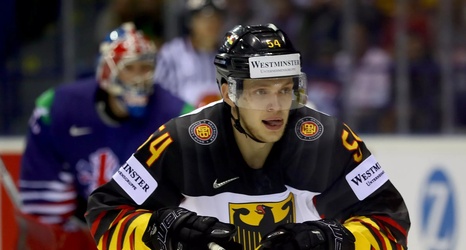 The native of Hemer, Germany played three seasons in North America in the USHL before returning home to play in the top German league, Deutsche Eishockey Liga (DEL). Between the Sioux Falls Stampede and the Green Bay Gamblers of the USHL, Bergmann played 125 games, tallying 23 goals, 30 assists and 252 penalty minutes. He played three playoff games in 2015-16 with Sioux Falls and two with Green Bay in 2017-18, going scoreless in all five, but racking up 12 and 2 penalty minutes, respectively.