Sharks say no players have coronavirus symptoms, been tested yet 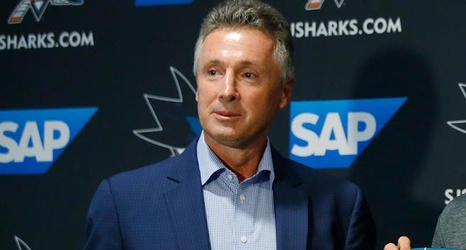 No Sharks players have tested positive for the coronavirus and none have been tested as a result, San Jose general manager Doug Wilson told Bay Area News Group's Curtis Pashelka on Saturday.

Wilson issued his statement hours after the Ottawa Senators announced a second player tested positive for COVID-19. That player, according to the Senators, traveled on the team's road trip through California that included a game at SAP Center in San Jose on March 7. The Senators also played the Anaheim Ducks on March 10 at Honda Center and the Los Angeles Kings at Staples Center on March 11.