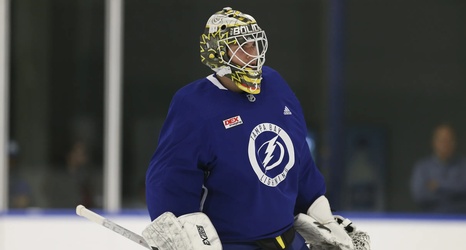 The San Jose Sharks have acquired goaltending prospect Magnus Chrona from the Tampa Bay Lightning in exchange for defender Frederik Claesson, per a report from The Athletic’s Pierre LeBrun.

Chrona was drafted in the fifth round (152 overall) of the 2018 NHL Entry Draft by Tampa Bay out of Swedish juniors. The 20-year-old has since gone on to played the last two seasons with the University of Denver.