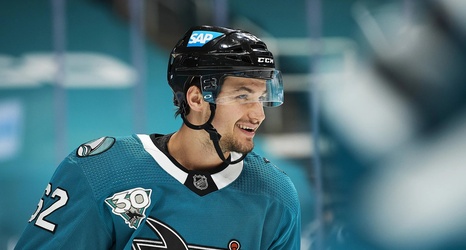 If the ever-on-going “re-tool” of the last three years is to be successful by next season, the San Jose Sharks are facing an uphill battle. In some ways, they have a few advantages: a seventh-overall pick in the upcoming 2021 NHL Entry Draft, an expansion draft that may allow for off-loading of one of several ugly contracts and a couple of prospects that surprised over the last two seasons.

But all of that is overshadowed by what has been described as “an abundance of Chris Tierneys” in the organization’s depth chart. No offense to the Ottawa Senators’ one-time top-line center, but he does exemplify the type of player the Sharks have hoarded: a strong middle-six player who is occasionally brilliant, but often streaky, largely replaceable and weirdly over-valued.