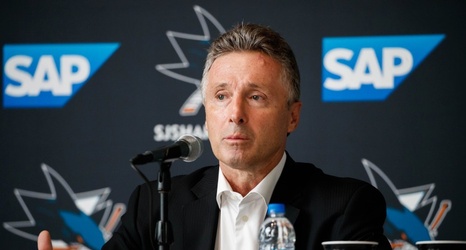 SAN JOSE — Sharks owner Hasso Plattner is giving general manager Doug Wilson his backing, saying in a news release Thursday he is supportive of Wilson’s plan to return the struggling team back to the NHL playoffs next season.

“While we are all very disappointed in the team’s performance thus far this season, Doug has a long history of leading our team to success,” Plattner said. “The last time we failed to meet our winning standards in the 2014-15 season, we were able to quickly rebound and re-establish a winning culture for the next several years. I am supportive of Doug’s plan to get our team back on track.