Sharks need Marc-Edouard Vlasic, Erik Karlsson to “get to another level” 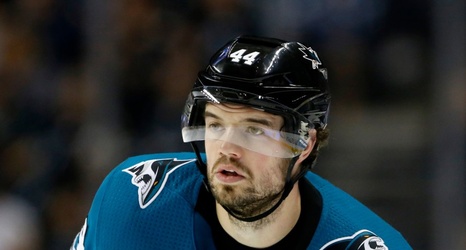 SAN JOSE — Sharks defensemen Erik Karlsson and Marc-Edouard Vlasic both feel there’s room for improvement in terms of their play and their production on the ice.

Considering what they have invested in both players, and how critical they are to any future success, the Sharks need it to happen sooner rather than later.

“We need those guys to get to another level,” Sharks coach Pete DeBoer said of Karlsson and Vlasic. “We can’t wait as long as we waited last year on some guys. Not just those guys, but there’s more of an urgency here for everyone to get to the level we expect them to be at quickly here.