Sharks likely to get centerman back for game vs. Kings 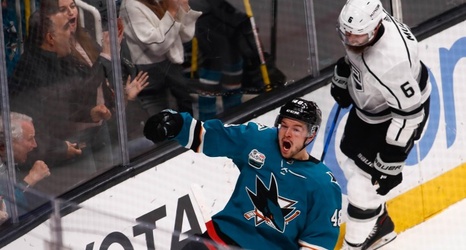 DeBoer said Friday morning that it “looks promising” that Hertl, who has missed the last four games with lower body injury, will rejoin the lineup. Before his injury, Hertl had 21 points in 22 games.

The Sharks are also going back to using 12 forwards and six defensemen for Friday’s game, as they try to bounce back from Wednesday’s 5-1 loss to the Winnipeg Jets.

Using 11 forwards and seven defensemen, the Sharks were 3-1-0 with overtime wins over Vegas, the New York Islanders and Kings.