Sharks fall to Canucks in Vancouver 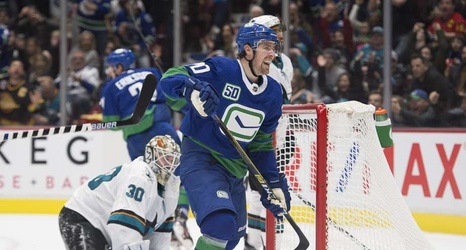 The Vancouver Canucks scored three goals in the final period to defeat the visiting Sharks 4-1 on Saturday night.

The third-period goals on their home ice were by Tanner Pearson, Quinn Hughes and J.T. Miller.

The lone Shark goal was by Barclay Goodrow in the second period.

Capitals 6, Islanders 4: Alex Ovechkin had a hat trick for the second consecutive game to tie Steve Yzerman for ninth on the career goals list and visiting Washington scored five times in the third period to beat New York.