Sharks defenseman Erik Karlsson out for season with broken thumb 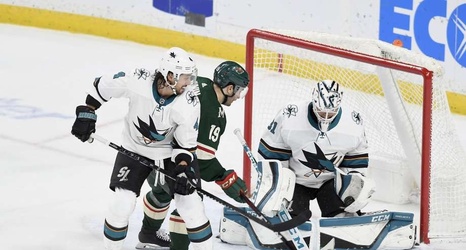 ST. PAUL, Minn. — Already without forwards Logan Couture and Tomas Hertl because of injuries, the Sharks on Saturday learned that they would also be without defenseman Erik Karlsson — their leading scorer — for the rest of the season.

They adjusted by playing a tight game in front of goaltender Martin Jones to win for the fourth time in five games.

Jones stopped 39 shots for his first shutout of the season, and Dylan Gambrell scored his third goal for San Jose in a 2-0 win against the Minnesota Wild. Melker Karlsson added an empty-net goal.