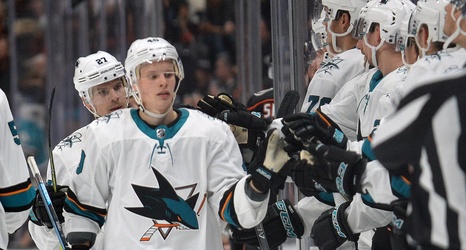 The Sharks have trimmed their training camp roster by 16 more players, pushing the roster closer to its final form and giving fans a hint of what the opening night lineup will look like.

The Sharks returned one player to his junior club:

The rest were assigned to the training camp of the San Jose Barracuda (AHL):

Perhaps the only semi-surprising move in all of this was to send Alex True, Vincent Praplan and Lukas Radil back to the Barracuda training camp — off-seasoncomments by Doug Wilson indicated that the organization rated all three of these players highly, and it was thought that they had outside shots at cracking the full-time roster.