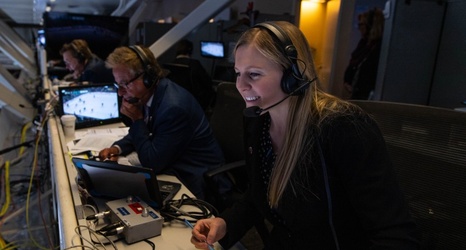 Busting through gender barriers is getting to be old hat for Kendall Coyne Schofield.

A member of the U.S Women’s National Hockey Team, she grew up going toe-to-toe on the ice with the boys in Chicago’s youth leagues. Then, last year, she endeared herself to fans in San Jose and elsewhere when she became the first woman to participate in the Fastest Skater event held during the NHL’s All-Star festivities at the SAP Center.

And this season, Coyne Schofield, 27, achieved another first when she joined the guys in the TV broadcast booth as an analyst for select Sharks games on NBC Sports California (NBCSC).