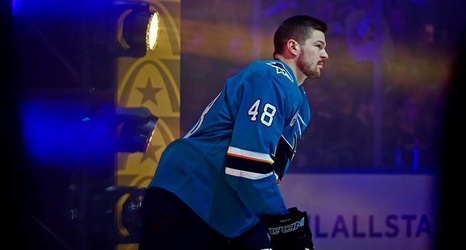 Tomas Hertl's season is over after tearing his ACL and MCL, the Sharks announced Thursday.

#SJSharks forward Tomas Hertl has suffered a torn ACL and MCL and will be out for the remainder of the season.

The San Jose forward awkwardly crashed into the boards in Wednesday's loss to the Vancouver Canucks, skating just three shifts in the first period and ultimately not returning to the game.

Hertl was a bright spot in an otherwise dim season for the Sharks, who entered Wednesday nine points behind the Western Conference's second wild-card spot.