Sharks, after COVID-related postponement, scheduled to face Blues on Saturday 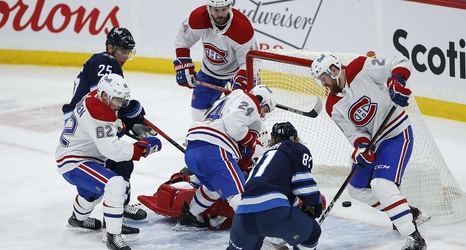 A day after having to postpone one game because of coronavirus protocol issues, the Sharks announced Thursday that Saturday’s home game against the Blues is expected to played.

“As of Thursday afternoon, no additional tests have come back as confirmed positives,” the team announced in a statement. “If the team and staff continue to receive negative results, the NHL and the NHLPA have approved the team’s resumption of practice on Friday. In such event, Saturday’s game against the St. Louis Blues will move forward as scheduled.”

On Wednesday, the NHL announced that Thursday’s San Jose-Vegas game had been postponed, and shortly afterward it was confirmed that Sharks forward Tomas Hertl had been put on the league’s COVID-19 protocol list.