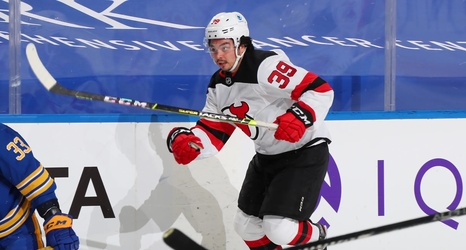 Earlier this weekend, Sheng Peng of San Jose Hockey Now reported that the San Jose Sharks were in talks to send a depth defenseman out east to the New Jersey Devils in exchange for a depth forward. The same day, Kevin Weekes of ESPN hinted at further developments of talks between the Sharks and Devils, amidst rumors that the Devils were interested in Timo Meier.

After a few days, the trade between the Sharks and Devils was officially announced as a tried and true depth trade. The Sharks announced today that they had acquired the signing right to forward Nick Merkley from the Devils in exchange for defender Christian Jaros.