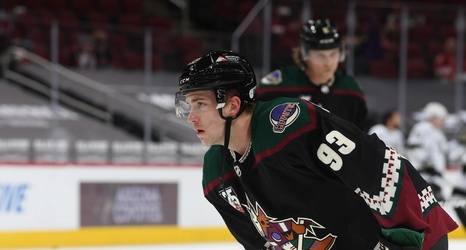 The Arizona Coyotes to San Jose Sharks pipeline remains strong, as the Sharks acquired signing rights to center Lane Pederson in exchange for the team’s fourth-round pick in 2024.

The now 23-year-old forward went undrafted while eligible, signing with the Coyotes as a free agent in October 2016. His juniors career saw him bounce between three teams in the Western Hockey League, eventually landing with the Swift Current Broncos, where as an alternate captain in the 2016-17 season, he put up more than a point per game.

We know the Sharks love a point per game WHL forward, and Sharks general manager Doug Wilson confirmed as much in a press release.