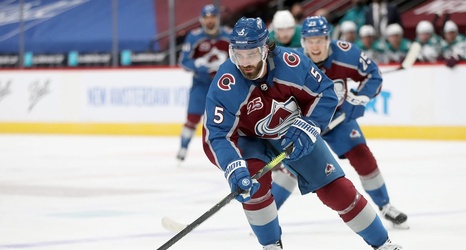 The San Jose Sharks have made their first major move ahead of the 2021 NHL Trade Deadline, sending goaltender Devan Dubnyk to the Colorado Avalanche in exchange for defender Greg Pateryn and Colorado’s fifth round pick in the 2021 NHL Draft.

The Sharks initially acquired Dubnyk in October 2020, sending a fifth-round pick in 2022 to the Minnesota Wild in exchange for the goaltender and a 2022 seventh-round selection. The Wild also retained half of Dubnyk’s salary in the deal. In 17 games with the Sharks, Dubnyk has earned three wins and an .