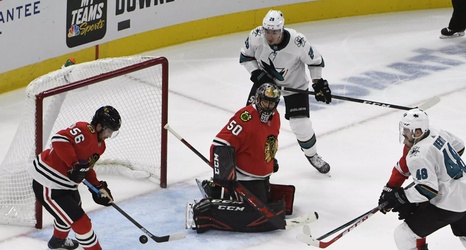 Thursday started out looking like the rest of the Sharks’ games this season. They were scored on in the first 10 minutes for the fourth game in a row. The Sharks looked destined for a loss for most of the first period. On the good side, they managed to tie it up before the end of the period, which they hadn’t managed to do in the four previous games.

The second period looked better than the first, though it wasn’t perfect. A couple fast breaks for the Blackhawks sandwiched Sharks goals to end the second frame tied at 4.