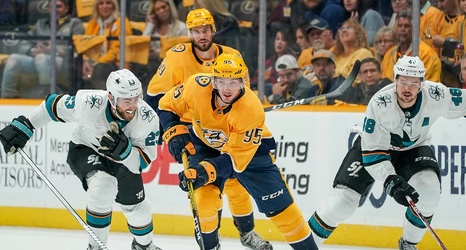 The San Jose Sharks fell behind fairly early in the game and never really caught up to the Nashville Predators Tuesday night. The Sharks were honestly lucky to get out of the first period down only one goal.

They did get better overall as the game progressed, but never got close to taking control. There were maybe 10 total minutes of truly impressive play by the Sharks.

Evander Kane returned from his three-game suspension and sure did have an impact. It wasn’t a good one; he took two penalties and chose to pass rather than shoot on one of the Sharks’ only odd-man rushes of the night.