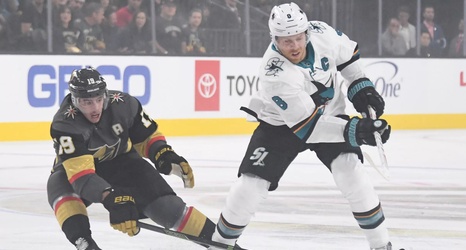 The Sharks and Golden Knights went to battle again in the Battle Born State tonight, and it seemed like it was going to be a very competitive game — at least until the second period.

After some back and forth action heading into the second period, with goals by Nick Holden and Erik Karlsson, it was during a power play at 10:21 that everything started to unravel. Somehow, Vegas scored three short-handed goals tonight, something that contributed to a lopsided 5-2 victory for the Knights.

It’s a somewhat-perfect day for hockey in Sin City — 95 degrees as the doors have just opened at T-Mobile Arena should provide a very cool atmosphere for those attending the game.