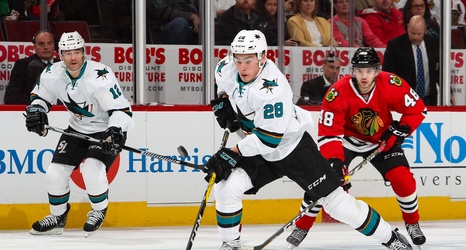 Patrick Marleau will be in the line-up tonight against the Blackhawks for his first game back with the San Jose Sharks since 2017.

Team Teal announced on Wednesday that it had officially signed the 40-year-old forward to a 1 year contract worth 700,000 dollars. The Sharks are desperately searching for answers on offense considering how they have only scored 5 goals in their 4 games played.

Regardless of Marleau’s impact on the team the Sharks as a whole need to play better. Not only are they having troubles offensively, San Jose can’t seem to put together a complete effort in any of the 3 zones of play.