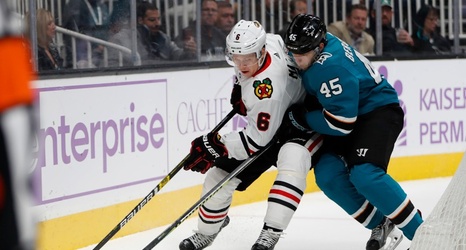 SAN JOSE — The Sharks have talked about the need to play a tighter, more physical brand of hockey since they were walloped in back-to-back games to start the regular season.

After following that formula in two of their last three games this month, and seeing what kind of success it can bring, maybe those messages are finally hitting home.

The Sharks allowed just 21 shots on net Tuesday, including eight in the first two periods, in their 4-2 win over the Chicago Blackhawks at SAP Center. Tomas Hertl and Timo Meier each had a goal and an assist and Patrick Marleau and Evander Kane also scored, as the Sharks snapped a five-game losing streak to improve to 5-10-1 overall.