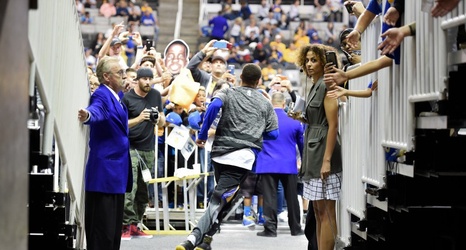 Sharks Sports & Entertainment has no plans as of now to reduce staff or ask employees to take a pay cut while the NHL remains on hiatus, a team source confirmed.

Earlier this month, the Sharks announced that part-time employees who were scheduled to work Sharks and Barracuda games at SAP Center in March would still be compensated.

The Sharks were previously scheduled to play at home against the Montreal Canadiens on March 19, the Boston Bruins on March 21 and the Arizona Coyotes on March 29. Sharks home games April 2 against the Dallas Stars and April 4 against the Anaheim Ducks will also not be played as scheduled with the entire state of California under a shelter in place mandate.