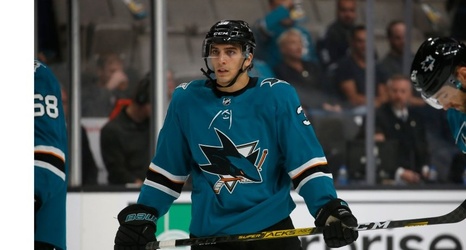 LAS VEGAS — Defenseman Mario Ferraro said he has about 11 friends and family members coming to T-Mobile Arena on Wednesday night and was springing for nearly as many tickets so they could all watch the Sharks play the Vegas Golden Knights in the season opener for both teams.

From Ferraro’s perspective, it was money well spent. After all, your NHL debut only happens once.

“Just seeing the excitement that’s on their face for me is really special,” said Ferraro, who is from King City, Ontario. “My family, my cousins, in-laws. It’s going to be a good one tonight.