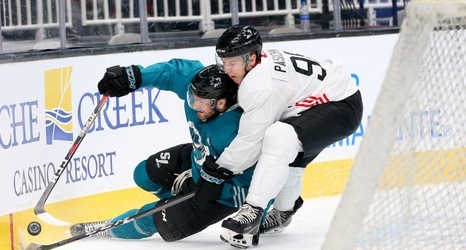 SAN JOSE — Former Arizona State defenseman Brinson Pasichnuk knows what NHL team he wants to sign with, and all indications are it will be the San Jose Sharks.

Multiple reports indicated that Pasichnuk, one of the most sought-after NCAA free agents, and the Sharks are nearing a deal on an entry-level contract.

As many as 20 NHL teams were reportedly interested in Pasichnuk, who had 37 points — third most among all NCAA Division I defensemen — in 36 games this past season with the Sun Devils.

Earlier this month, TSN reported that Pasichnuk, 22, had narrowed his decision down to two teams.