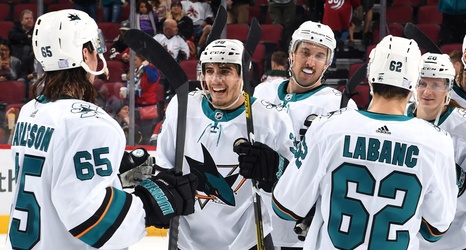 It took just two minutes and twelve seconds for San Jose Sharks fans’ collective stomach ulcer to return. The host Arizona Coyotes scored twice early on their way to limiting the Sharks to just seven shots on goal in the first period. Both goals came too quickly and too easily, and for the game’s first 20 minutes, the Sharks resembled the ragged team that sleepwalked through the season’s opening month.

It was a scary first period for the visitors and not just because of the score. After stringing together a handful of impressive efforts earlier in November, the Sharks outshot opponents at 5-on-5 in just one of the seven contests preceding last night’s desert matchup.