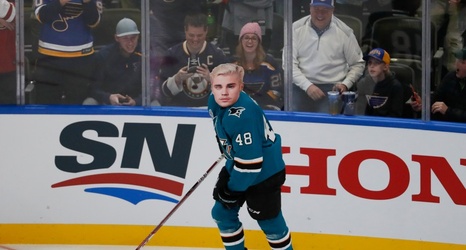 Tomas Hertl continues to stand out at the NHL’s All-Star Game in St. Louis.

A day after he came up with the most viral moment in the skills portion of all-star weekend, Hertl scored four goals for the Pacific Division team in its 10-5 win over the Central Division in the second semifinal of the 3-on-3 tournament.

Hertl scored on goal in the first half, beating St. Louis Blues goalie Jordan Binnington on a breakaway at the 4:42 mark to give the Pacific Division team a 3-0 lead. In the second half with the Pacific team leading 7-5, Hertl scored three consecutive goals in a span of 4 minutes and 11 seconds for the final margin of victory.