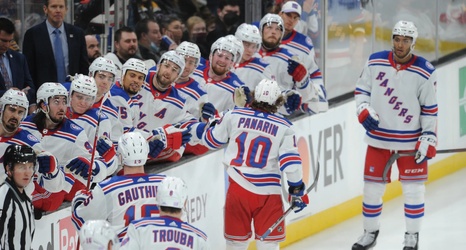 Brad Marchand isn’t the most beloved player in the league and Artemi Panarin used the nationally televised game between the Boston Bruins and New York Rangers to let the world know. During the third period, the Bread Man delivered a well placed dirty glove to Marchand’s face — just not how you’d expect.

Everyone has a different account of what happened. Some are funnier than others.

After the game, Marchand said Panarin got into it over what to eat for Thanksgiving dinner.

"We were just asking each other how Thanksgiving dinner was and he didn't like what I ate.