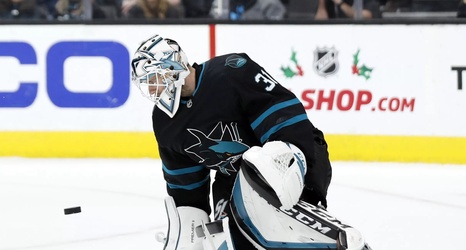 Jones was undefeated in the three games he played and posted a 1.98 goals against average. He twice made 33 saves in wins against the Los Angeles Kings, and added 21 in the Sharks’ 4-2 win over the Arizona Coyotes on November 30.