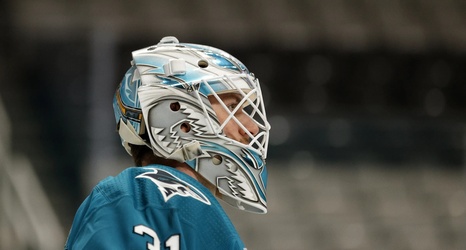 Here’s what they highlighted in the press release:

Jones won a League-best four games, posting a 1.71 goals-against average, .942 save percentage and one shutout in four starts to lift the Sharks (17-16-4, 38 points) to a perfect week and within three points of the final playoff spot in the Honda NHL West Division.