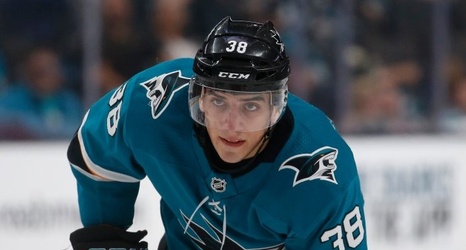 SAN JOSE — Not all of the advice that Sharks defenseman Mario Ferraro has received in his rookie NHL season has necessarily come from the coaching staff. Sometimes the most valuable instructions have come from teammates.

That was the case Tuesday morning before the start of the Sharks’ practice, as Norris Trophy winner Brent Burns was showing Ferraro a few ways to better protect himself when he has a heavy forechecker bearing down on him deep in his own zone.

Ferraro took a big hit from winger Milan Lucic early in the second period of Monday’s game with the Calgary Flames.