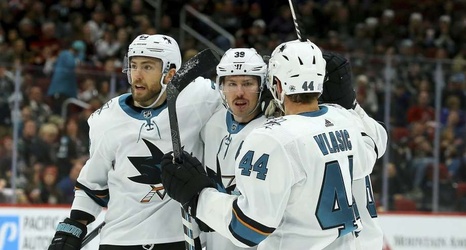 GLENDALE, Ariz. — Logan Couture scored twice and the Sharks got four unanswered goals to rally past the Arizona Coyotes 4-2 on Saturday for their 11th win in 13 games.

Couture bookended San Jose’s comeback, starting it midway through the first period and completing it with an empty-netter. He has five goals and 14 points in his past 10 games.

The Sharks extended their NHL record by winning their 45th consecutive game in which they have allowed fewer than three goals. They broke the mark in a 4-1 victory over the Los Angeles Kings on Friday.