Kyrie Irving focused on issues other than hoops, says 'basketball is just not the most important thing to me right now' 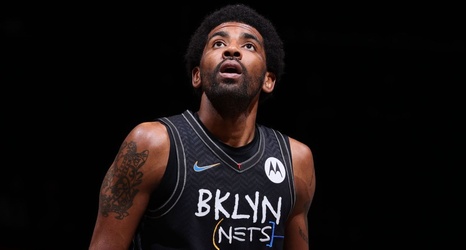 The Brooklyn Nets are about to begin their postseason pursuit of an NBA championship, but Kyrie Irving says he's currently focused on issues other than basketball.

Irving declined to answer game-related questions Saturday after Brooklyn's 105-91 victory over the Chicago Bulls and made multiple references to the ongoing violence between Israel and Palestine.

"I'm not going to lie to you guys, a lot of stuff is going on in this world, and basketball is just not the most important thing to me right now," Irving said. "There's a lot of things going on overseas.