Korenar deserves a chance at the NHL level 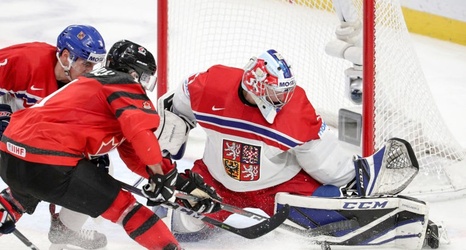 BUFFALO, NY - JANUARY 04: Josef Korenar #30 of Czech Republic makes a save on Jonah Gadjovich #11 of Canada during the second period of play in the IIHF World Junior Championships Semifinal game at KeyBank Center on January 4, 2018 in Buffalo, New York. (Photo by Nicholas T. LoVerde/Getty Images)

It’s no secret that San Jose has struggled in net for a significant period of time, but the young Barracuda goalie deserves a chance to combat those woes.

Josef Korenar has been in the Sharks system since being signed as an undrafted free agent on July 13, 2017.