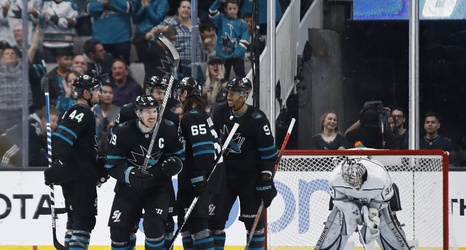 The San Jose Sharks remembered what happened the last time they played the Los Angeles Kings. They took a 3-1 lead into the third period and then almost lost it all by letting the Kings control the play for the rest of the game. San Jose did not let that happen this time.

They entered the third period with a 4-0 lead and held on to win 4-1. It was a team effort with 11 players registering at least a point. Martin Jones was one of those players. Jones was solid in net. He stopped 33 of the 34 shots he faced.