Jonathan Dahlen on what happened with Canucks 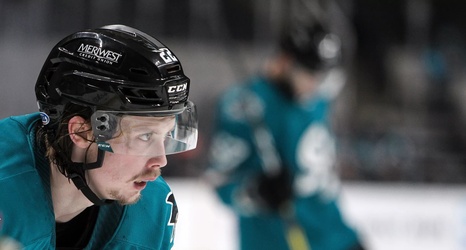 Jonathan Dahlen made his debut for the San Jose Barracuda last night.

It was a quiet beginning in the San Jose organization for the once-ballyhooed Vancouver prospect, skating before SAP Center’s announced crowd of 2,593.

But this might have been a welcome contrast for Dahlen, who departed the Canucks organization under no small controversy.

“His agent asked me a couple weeks ago if we could move him,” Jim Benning said in his post-trade deadline press conference on Monday.

Benning added, “I find young players now, sometimes they don’t want to pay their dues in development time, they just want to be given an NHL opportunity right off the start.