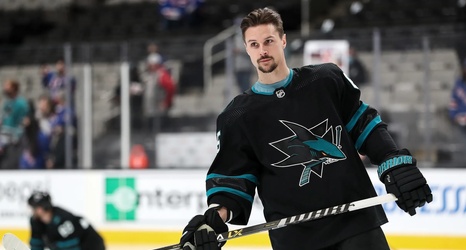 The season series against the New York Rangers was repeatedly called “frustrating” by both the San Jose Sharks players and head coach Bob Boughner. Nick Bonino, who was coming back from the league’s COVID Protocol, seemed optimistic in what the team could take away from the loss, as did Boughner, who had a lot of praise for goaltender Adin Hill and first-time All-Star, Timo Meier.

Defender Erik Karlsson didn’t mince his words, however, and didn’t budge on the fault lying on the Sharks’ side of the ice, not the Rangers netminder.

Here’s more of what they had to say on Igor Shesterkin, the power play and how the team moves forward:

On what makes Shesterkin a tough goaltender: I think he played great, not gonna say anything about that.