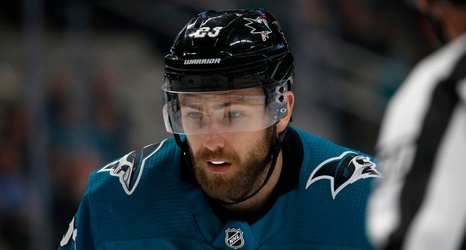 SAN JOSE — Barclay Goodrow is a success story of the Sharks’ developmental system. He’s worked his way from being an undrafted free agent who signed with the Sharks in 2014 to a player now most trusted to hold down the injury-riddled team’s No. 1 center role.

Given his versatility and his modest cap hit, Goodrow figures to be a player that fits the Sharks now and in the future, as general manager Doug Wilson often says.

So it is a bit of a surprise to see Goodrow’s name on TSN’s most recent ‘trade bait’ list.