Hurricanes at Sharks Preview: Say hello to this bunch of jerks 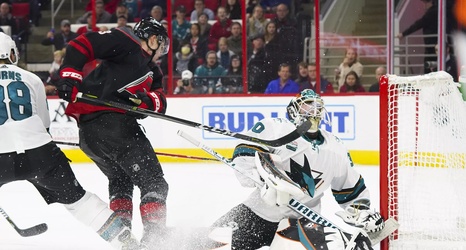 The San Jose Sharks (2-4-0) are starting to turn things around. With the return of Patrick Marleau, the Sharks appear to be a little more even keeled in their past two games. That’s going to be put to the test tonight when the Carolina Hurricanes (6-1-0) blow into town.

Carolina is on the second night of back-to-back games after defeating the Los Angeles Kings last night by a score of 2-0. Goaltender Petr Mrazek claimed the shutout. He made 31 saves in the winning effort.

The Hurricanes are a high-flying offense that now has confidence to go along with their skill.