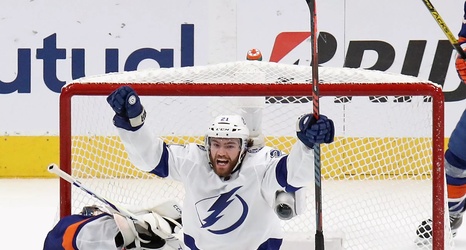 After crashing out of the 2018-19 NHL playoffs, the Tampa Bay Lightning are just one win away from advancing to the Stanley Cup Final. The Bolts had a league-high 128 points last season, but were swept in the first-round by the Columbus Blue Jackets.

This year’s squad is on a mission to avenge last year’s disappointment. Tampa Bay has dominant through the playoffs, and leads the New York Islanders 3-1 in the Eastern Conference Final.

New York struck first in Game 4 when Brock Nelson opened the scoring just over 11 minutes into the second period, but it was all Lightning from there.