Have the Sharks found a temporary solution for fourth line issues? 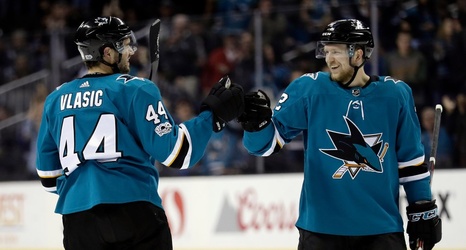 SAN JOSE — The Sharks may have found a creative, albeit simple, solution to the problems they’ve had almost all season with their fourth line.

Before the start of Saturday’s game at SAP Center with the New York Islanders, coach Pete DeBoer left open the possibility that the Sharks would once again dress seven defensemen and just 11 forwards.

The Sharks have not gone with that alignment often in recent seasons, especially in the four-plus years under DeBoer. But DeBoer liked how it looked Thursday in the Sharks’ 2-1 overtime win over the Vegas Golden Knights.