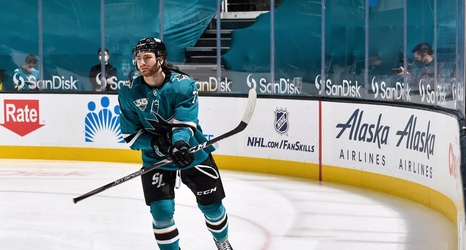 The San Jose Sharks have reassigned forwards Noah Gregor and Alexander True to the San Jose Barracuda of the AHL.

Gregor, a 22-year-old center, is in his second NHL season, playing in 28 games with the Sharks last year and scoring three goals and two assists. In 25 games with the Barracuda that same year, he totaled seven goals and 12 assists.

In 15 NHL games so far this season, Gregor has scored three goals and put 21 shots on goal. His 14.29 shooting percentage is among the best on the team, tied for second with Tomas Hertl and Rudolfs Balcers.