Golden Knights at Sharks, 3/5: Lines, gamethread & how to watch 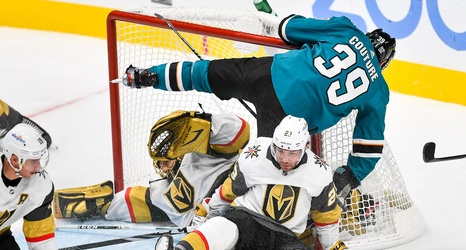 If you thought things were going to get easier for the San Jose Sharks while at finally at home, well, tonight they’re facing the Vegas Golden Knights, who have just four losses under their belts so far, sitting first in the West Division.

Sparks fly whenever these two teams meet and it’s no surprise that Kurtis Gabriel has returned to the Sharks’ line up. Alex True will step out, rotating Joel Kellman into the fourth-line center role.

The Golden Knights just wrapped up a series against the Minnesota Wild, taking both games by scoring five goals.