From the Glass: Favorite shots of 2021-22 season from Sharks photographers 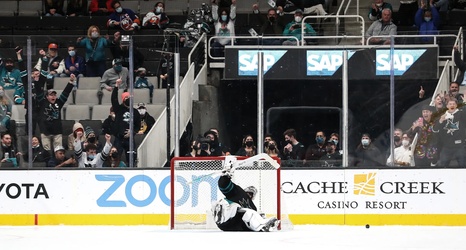 The 2021-22 San Jose Sharks season was not what any of us wanted. Plagued by injury, losses and inconsistency, it was a rough season, culminating in the team missing the playoffs for a third consecutive year — the first time in franchise history.

But man, did we get some good images out of it.

The Sharks had an incredibly talented team of photographers on their side of the ice this season, including Amanda Cain, Kavin Mistry and Meredith Williams. Honestly, there were multiple points in the season where I waited (im)patiently to see what shots of the team they had to share next.