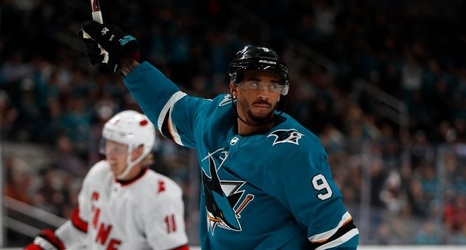 SAN JOSE — The Sharks had seven shots on goal in the first period of their game against the Carolina Hurricanes on Wednesday night. Three of them resulted in goals by Evander Kane, setting a team record.

Kane scored the game’s opening goal at even strength at the 8:36 mark of the first. After Carolina defenseman Dougie Hamilton tied the game at the 10:46 mark, Kane scored twice in a span of 2 minutes and:24 seconds, with both coming on the power play.