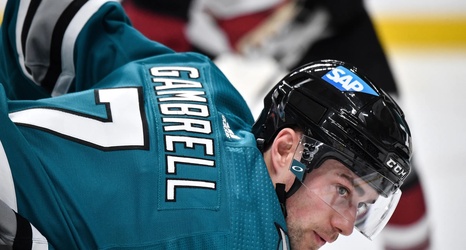 Forward Dylan Gambrell has been trade to the Ottawa Senators in exchange for a seventh-round selection in the 2022 NHL Entry Draft. The seventh round selection in question originally belonged to the San Jose Sharks and was traded to Ottawa early last season. On Jan. 21, 2021, the Sharks acquired forward Jack Kopacka from the Anaheim Ducks in exchange for defender Trevor Carrick. The Sharks then packaged Kopacka with the seventh-round pick to acquire defender Christian Jaros from the Senators.

Plugging Gambrell into that trade tree ultimately shakes out as Kopacka and Gambrell for Jaros, which feels a bit lopsided, but cap space is an asset too, and Gambrell comes with a $1.