Denver Nuggets facing 'no pressure', see that Warriors are 'beatable' after Game 4 win 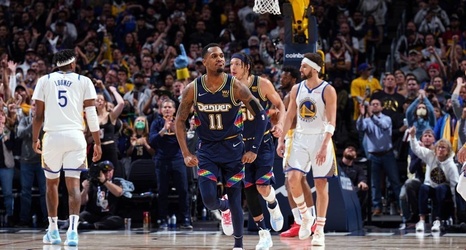 DENVER -- The Denver Nuggets didn't just keep their season alive with their 126-121 Game 4 victory. They now see that the Warriors are "beatable."

After being dominated so thoroughly in the first two games that they left San Francisco simply trying to keep things together, the Nuggets avoided being swept for the second straight postseason and now return to the Bay Area for a Game 5 with confidence that they can extend the series even more if they play the way they did in Denver.

"There is no pressure on us," said point guard Monte Morris, who hit five 3's in the third quarter and scored 24 points.