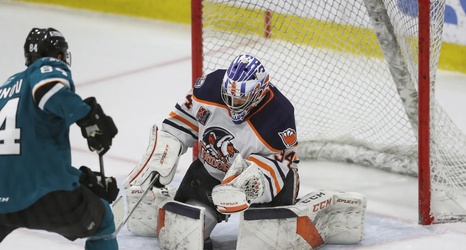 Just one day after the San Jose Sharks opened up their season, their minor-league affiliate, the Barracuda, did as well against the Bakersfield Condors.

There is not much to discuss about the game, as the Barracuda lost in a low-event 1-0 match in regulation.

Condors’ goaltender Stuart Skinner saved all 34 shots that came his way, while Seth Griffith recorded the lone goal of the game.