Can any Sharks prospect crack the roster this fall? Here are five candidates 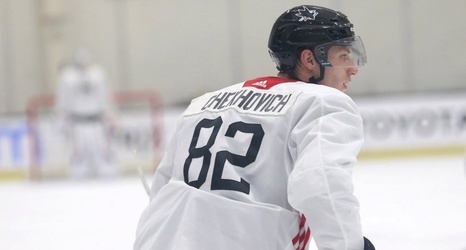 SAN JOSE — There was a reason why the Sharks moved up their development camp from its usual start in the early days of July to before the NHL’s free agency period began.

The Sharks needed to see, before July 1, if any of these players were close to earning a job at the NHL level.

The verdict? There’s a few guys that are on the cusp of playing with the big club, and if some players who had standout seasons in the AHL with the Barracuda can prove that they’ve taken a step forward in their own development, it should make for an interesting training camp come September.