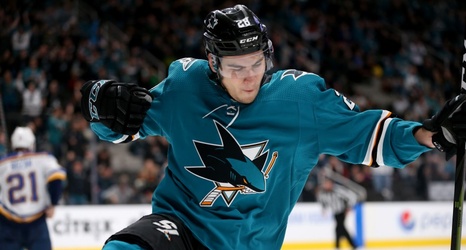 SAN JOSE — Sharks interim coach Bob Boughner feels Timo Meier has been as physical in the last three or four weeks as he has all season.

With that, Meier has seen his offensive numbers pick up as well.

Meier has two goals and three assists in his last four games and going into Monday’s home date with the Calgary Flames, now leads the Sharks with 11 points in 14 games since the start of January.

From Boughner’s perspective, it’s starts with Meier using his 6-foot, 210-pound frame to greater effect, playing more on the inside to create traffic in front of the opposing net and generate scoring opportunities.