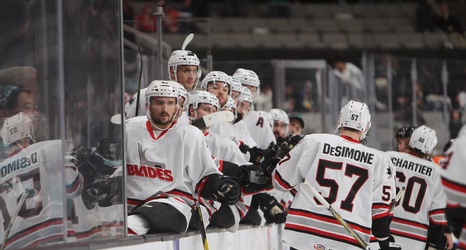 Kansas City already has addresses in two different states, but after tonight they might own Bakersfield, California as well.

Donning the uniforms of the Sharks’ former International Hockey League affiliates, the Kansas City Blades, the San Jose Barracuda took down the Bakersfield Condors 4-0 to sweep their weekend home-and-home series two games to none. Rourke Chartier and Dylan Gambrell each had a goal and an assist, while Josef Korenar made 31 saves to pick up his second shutout in his last six games.

For Gambrell, getting his first goal in over two months was the long-awaited product of his hard work this season.